ITIMAT DAIRY PRODUCTS, which was founded by the father of the family Ahmet KARA in 1949, was incorporated by his sons Halil KARA and Rıfat KARA. The company began its operations with a daily production capacity of 30 tons of milk in Iznik and Yenişehir and the first product offered to the consumers was feta cheese.

The company produces more than one hundred types of products with different packages and qualities as well as more than thirty dairy products with the principle of always providing the best service to its customers. The products are produced in line with the Turkish Food Codex Regulation and the traditional Turkish preferences by applying Integrated Management Systems in all phases of production from entry of the milk to the plant to production, storage to sales, and delivery to the end-customers. Product range and design are improved to adapt to the changing market conditions.

The company has the right to use TSE diamond on its product labels for whole-fat ayran, whole-fat yogurt, whole-fat pasteurized milk, breakfast butter, whole-fat and light feta cheese, whole-fat kashkaval cheese and whole-fat plain butter, and goes through annual intermediate audits of TSE and quality control and has conformity certificate. We have been certified since 1996.

The company that started off by opening retail sales stores in the Marmara Region of Turkey improved significantly in exports within the last five years. As one of the dairy product exporters, a sub-sector of Istanbul Aquaculture and Animal Products Exporters Union, it became the seventh largest seller in 2008 and ninth in 2009. Exports to countries such as Iraq, Georgia, and Saudi Arabia continues.
The company provides service in Istanbul, Kocaeli, Bursa, and Bilecik with its distribution fleet of 150 vehicles and stores. In the twenty stores in Istanbul, with one store located in Bilecik, Inegöl, Gölcük, and Değirmendere each, two stores in Orhangazi, Karamürsel, and Gemlik each, three stores in Iznik and four stores in Yenişehir, it markets its products by adopting the principle of "retail sales to the public from the plant".
Our company first received the right to take ISO 9001:1994 Quality Assurance System certificate in line with the DIN norm standards from the Dasa-Zert company at the end of 1999. Considering the market and competition conditions, the same certificate was taken from TSE. Our company was deemed worthy of ISO 9001:2000 Quality Management System certificate in 2003 and continues to be certified for ISO 9001:2008 Quality Management System.

Our company was among the first companies to be certified for the TS 13001 HACCP standard by attending the initial trainings of TSE, and the TS-EN-ISO 22000:2005 Food Safety Management System certification is still valid. Moreover, a BRC certificate was taken in line with the Food Safety principles of British Retailers Community in 2011. The certificate is still valid. In addition, we continue to have a valid Halal Certificate as one of the first companies to attend the GIMDES Association training in 2010.

The company, which has an exemplary farm on a land of almost 50,000sqm to ensure animal welfare and to produce healthy raw milk with the principle of 'from the field to the table', opened another 116,000sqm farm as the second farm and the third farm is now active. Currently, it provides almost 20 tons of milk per day from these farms.


The company will also produce ayran, kashkaval cheese, and frozen mozzarella in the Kara Süt A.Ş. facility that is within its body and has already opened its plant in Aydın Ortaklar Organized Industrial Zone with the daily processing capacity of 70 tons of raw milk. 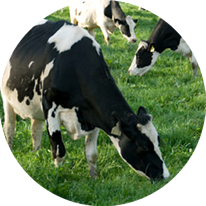 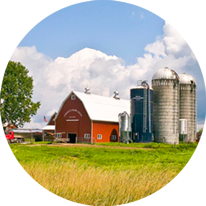 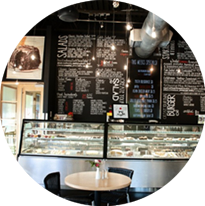 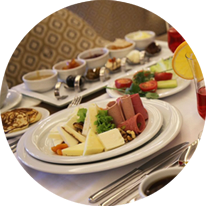